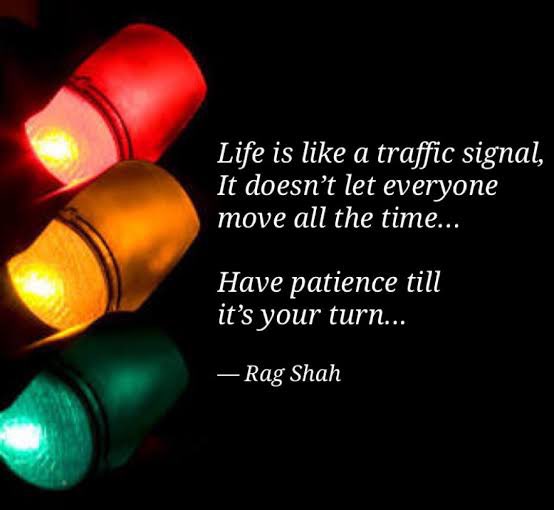 Often during rush hour or if we’re running late, we’ll look for side streets to take in order to shave a few minutes off the commute time. It feels empowering to bypass Monday morning sight-seers and school buses. Clever turns through neighborhoods can sometimes prevent us from having to hit the brakes at all – almost.

But inevitably, on most days, we have to get back on the main road. If we’re honest, the time we gain from the shortcuts is often lost while we sit at a stop sign waiting for a break in the traffic, so we can turn.

We would have been better staying with the other slow-moving cars and letting the traffic light help us as it was designed to do.

The Scriptures say a lot about the power and purpose of light. The very first thing we learn about God is that He commanded light to shine into the total darkness of the void expanse of nothing that would later become the universe.

God’s Word is often referred to as a light:

Just like traffic lights guide the vehicles on the road, God’s Word guides us. It tells us when and how to proceed in life. The Word of God gives us warnings and tells us when we need to stop going the way we’re headed. When we avoid the direction given to us through the Bible, we are automatically speeding toward some sort of accident.

The revelation of your words brings light and gives understanding to the inexperienced. (Psalm 119:130)

Whether for new drivers or for seasoned drivers on unfamiliar streets, traffic lights help us make sense of confusing traffic patterns. They help us get our bearings when everything around us looks strange. God’s Word opens up our understanding and gives us access to the wisdom of the Lord. Every day is brand new and presents us with opportunities and decisions we’ve never faced before. The Word of God helps us navigate life’s uncertainties without having to trust in our own incomplete knowledge.

When traffic lights are disregarded, the consequences can be deadly. Laws are in place to punish drivers who ignore the instructions given to them by the traffic lights. God goes into action, too, when we fail to pay attention to His Word. Sometimes (as in the natural), we seem to get completely away with running through red lights. But eventually, our carelessness will be repaid.

Sometimes we feel constricted by traffic lights, but if we’re honest (or if we’ve traveled to places where there are no traffic signals), we know that these ‘restrictions’ are for our safety. God’s Word is the same. Although our human nature doesn’t appreciate the discipline He has provided for us in the Scriptures, we have all experienced the overwhelming help and protection that are only found in obedience to God’s written instructions.

As the hymn says,

What a glory He sheds on our way

While we do His good will, He abides with us still

And with all who will trust and obey”

Faith Challenge: This week, every time you are stopped at a red light, take a few minutes to thank the Lord for the guidance of His Word. Commit to obeying even more.